International Undergraduate Scholarships for 2012 at The University of Melbourne 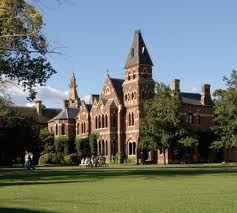 This scholarship is open to all international students who accept offers of a place in a bachelor’s degree at the University.
In 2011 scholarships awarded to students from 15 countries such as Mexico, Singapore, Bangladesh, China, Mauritius, Sweden, Malaysia, the United States and India.

Students who qualify must:

• has received an unconditional offer for an undergraduate course in 2012
• has achieved excellent results in the last year the school will be considered for scholarships such as: 4 A value in the GCE A Level; Atar from 99.9 in the program 12 years Australia or 98% in the Foundation program approved
• become citizens of countries other than Australia and New Zealand and Australia are not permanent residents. Australian citizens and permanent residents and New Zealand citizens are not eligible;
• have never done any tertiary study (not including extension study completed as part of the program 12 years)
will not receive any other scholarships for college